Shrule the name given in 1570 by the four masters as Sruthair, the word is a variation of Sruth or Sruthan: a stream or river. The tradition of Shrule deriving it’s name from sruth-fuil, meaning river of blood, because of a massacre at Shrule bridge in 1642 is a fabrication and incorrect, as the name was already in use before that time.

It appears in The Annals of the Four Masters in 1278  . The name took various forms through the centuries, i.e.: Strothyr, Shrure, Shrower, Sruhir, and Shruel… 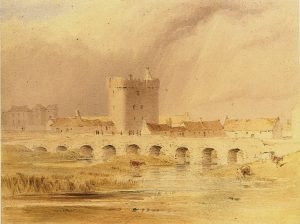 The Annals of Shrule were originally compiled by Gerard Metadger and in the past two decades they have been added to and reformatted several times to include new material and to separate information into different categories better suited to presentation on the internet .

The Annals do not include the twentieth century ..

The following is an index to the present format .

History of the area in the first millenium

BC . Before Christian Era  (BCE)

Maps of the region through history

Maps and their histories for the area

Townland
Index map of the parish and surrounding area showing townlands and placenames. 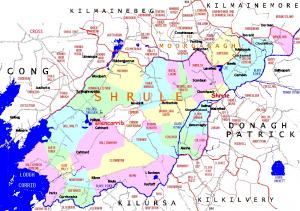 Down Survey
Map of the area from Hibernia Delineato published in 1685 by Sir William Petty for the Down survey of Ireland . 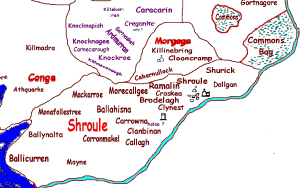 Clergy who have served in Shrule parish

Church men and women
Shrule priests , curates and friars through the century of Penal laws and persecution.

Landlords seats in the locality.

De Clifford – Dalgan park was purchased by the Duke of Bedford, from the Russell family . Edward Russell inherited the title of Lord DeClifford.

Ballycurran
Maurice Lynch got a lease of Ballicurran Castle and 4 quarters of land on March 1679.

Shrule House
John and James Golden are said to have built Shrule house in 1769 .

Ormsby – Sir Edward Ormsby moved to Shrulegrove after the departure of Pierce Lynch in 1655.

Glencorrib
Dillon-Brown – The family originally came from further north in county Mayo, they owned what was left of the Mochorrha castle and lands .

Surname origins for the area .

Griffiths Valuation , Tithe Applotments and names occurring in each . 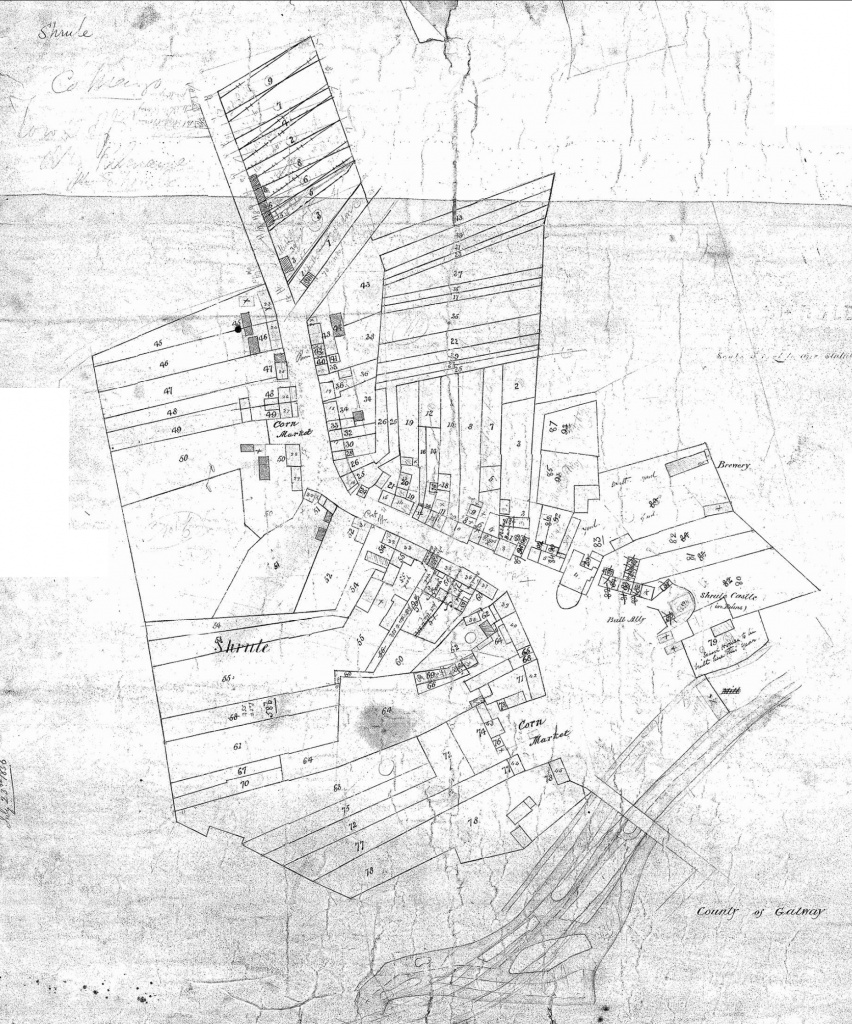